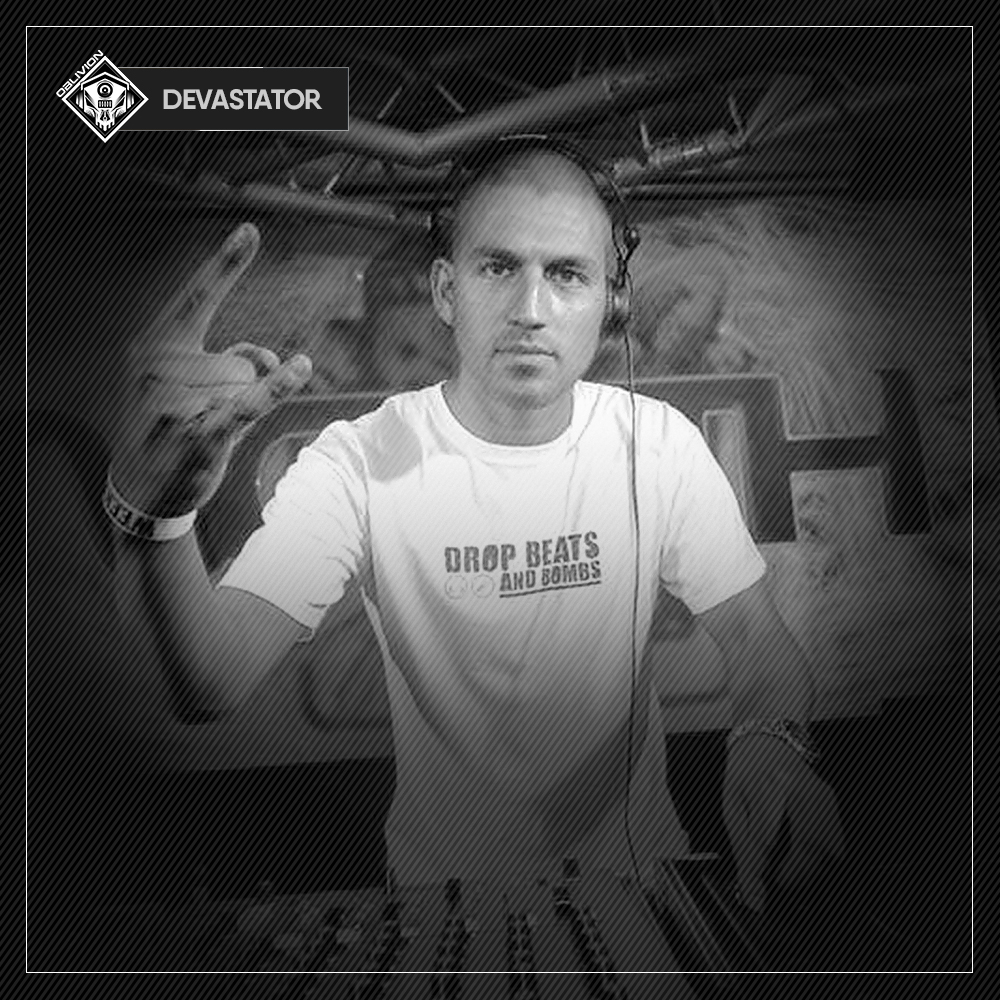 #Introduction:
One of the longest standing residents members of the Oblivion Underground Crew. DJ Devastator is one of the veterans of the UK hardcore scene and his DJ sets are always true to his name.

Dean is one of the most knowledgeable IT people we know and will be taking on new responsibility of the Oblivion Underground website and associated technologies.

#Bio:
Dean AKA Dj Devastator was first introduced to “rave” music when he was 12 in 1991, when he was given a Slipmatt and Ellis Dee tape; he played this alongside future commercial rave cassettes like “Rave 92”. From here he started swapping tapes with friends, and soon had a collection of over 300 tapes, from events such as Amnesia, Pandemonium, Fantazia, The Edge, Dance Paradise and Dance Planet, to name a few. Djs he used to listen to in the early years were Clarkee, Ramos, Slipmatt, Ratty, LTJ Bukem, Pilgrim, Ratpack and Grooverider with Clarkee being the first DJ to give him a taste for harder techno which was probably the start of this malfunction in his brain.

He first had a spin on turntables in 1993 at a house party. Amongst the tokers lay a set of turntables where he fought the battle for a go and once on found it hard to come away. This is where it all started for him, mixing with a stack of old techno, such as Waxweazle and Rotterdam Records with some being the same as he heard on tapes. He wanted some decks straight away.

He went on to buy a Soundlab setup and bought the records off the guy whose decks he originally went on and started creating mix tapes which he sold in the record shop Spin Inn in Manchester, making him the money to buy more records. He was hooked, more records… more mix tapes…. more records and on it went! Some of the record labels he bought at the time were Deathchant, Industrial Strength, Screwface, Mokum, Ruffneck and Rotterdam Records.

He bought all the tape packs from events like Dreamscape and Helter Skelter where he would listen to DJs such as Scorpio, HMS, Clarkee, The Producer, and Loftgroover and then went on to try and identify and buy the records by listening to the stack of vinyl in the record shop, as there wasn’t many, if any online records stores, due to the internet being relatively young. All his money was ploughed into the music which became a huge addiction.

In 1995 he was about old enough to go out partying and this is where he met the so many good people and crew, some of which he still knows and hooks up with now, with many being true friends. From here and years on, attending hundreds of underground parties and after many deck sessions back at people’s houses up and down the country, the bookings slowly began coming in.

Soon after going out partying through the latter half of the 90s, he went on to play at several nights in pubs and old buildings around the local area, a memorable one being in a disused factory. After this things turned more official with him, becoming a resident at an underground night called Decade, playing Hardcore Techno to the local nutters. He soon went on to getting a weekly slot on the new underground local radio station Extreme FM, pushing out Hardcore noise to the local area. Fast forward into the new millennium and bigger bookings came in; djing many times a month.

Devastator has been booked for many events over the years including local clubs and residencies, as well as the larger events; HTID, Hardcore Heaven, Oblivion, North, Vibealite, Species, Incision, Jasbof, Raverbaby, Uproar, Helter Skelter, Slammin Vinyl, Relentless, Ravers Reunited, Hard as F**K, MuSick, Invasion, Delirium, Section 18, Suicide Techno, Noise Pollution, Horizon, Ravers Reunited as well as several gigs in Spain and not forgetting a mention of the unexpected gig at Leeds Festival where he played alongside his wrecking crew Joe ET and Dave Enigma to a tent full of band loving party goers which totally went off!

More recently gigs across the pond include bookings in Ibiza, Belgium and Germany.