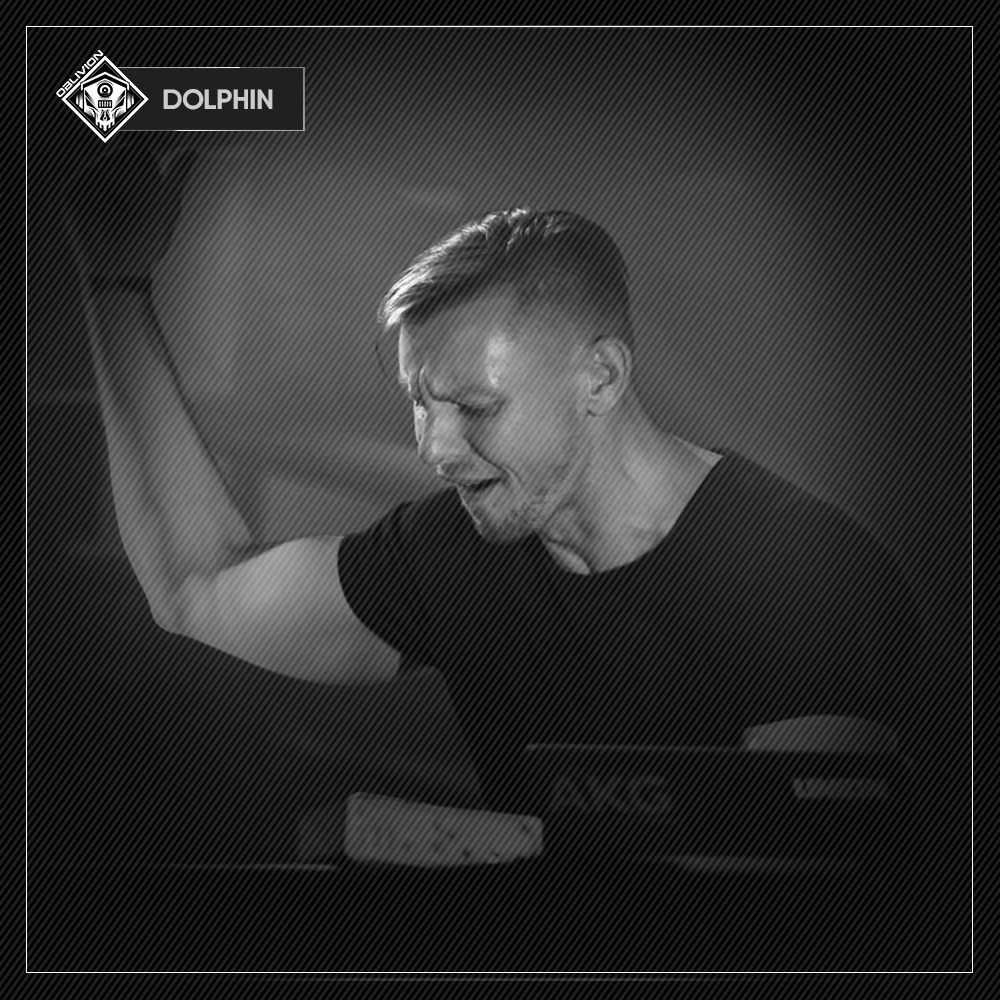 #Introduction:
We don’t use the word “legend” very often around here, but if you have ever had the pleasure of meeting or hearing this guy, then you’ll understand. Resident, crew member and long standing friend, trusted associate and advisor to the Oblivion Underground. Regular label contributor and all round legend. One of the UK’s pioneering Hardcore performers, and someone who has been inspirational to many of us on both a personal and professional level over the years.

Greg was made a resident with Oblivion Underground by Joe ET in 2002, and to date has played over 35 shows and 3 awesome releases under the Oblivion banner, he simply never fails.

#Bio:
An integral part of the hardcore dance music scene since the early 90s, Dolphin started writing electronic music way back in 1986 with an Atari computer, a Yamaha keyboard and a Roland drum machine. His early efforts were inspired by early electro pioneers like Afrika Bambaataa and electronic music artists like Kraftwerk and Jean Michel Jarre. Already an avid young record collector with an eclectic taste in music, he bought his first pair of turntables and started learning to mix in 1988, just as early acid house and techno started taking off in the clubs. After becoming increasingly involved in the club and dance music scene of the early nineties, he opened 3rd Planet Records in 1994, arguably one the best hardcore record shops in the UK in the mid nineties. Gigs soon followed and he built a solid reputation as a DJ, playing some of the biggest raves in the UK at the time. This lead to bookings abroad and it wasn’t long before he was headlining parties all over Europe.

He has had countless releases and remixes since over the last 20+ years on labels like The Third Movement, Prspct, Deathchant, Industrial Strength, Pacemaker, Ninja Columbo as well as the legendary, cutting edge electronica label Planet Mu. In 20011 he started his own label, Komplex Kommunications (or KomKoms for short), to release a more emotive style of hardcore. His production style draws on the broad range of music that inspires him, from classical to soul to industrial and everything in between.

With over 25 years of experience DJing and producing behind him, Dolphin has played at countless clubs and parties as well as playing at some of the world’s most distinguished outdoor electronic music festivals like Dominator, Defqon.1, Glade or Boomtown. And with no signs of slowing up and many more releases on the way, Dolphin continues to forge his own path writing and performing the music that he loves.